Posted at 12:46h in Close the Gap, Growth Mindset, Life is your Mindset Gym, Mindset by Juan Acevedo

Borges is one of those writers that is highly appreciated yet poorly understood. You might have heard of him, but probably you haven’t read his writings. His work reminds me of David Bowie. There is this aura of bizarreness that covers it. It makes it seem disruptive and avant-garde. Yet it’s simple, classic, and universal.

One of the best stories about Borges is about fútbol–yes, hold on, we will get to the fitness and the mindset and the food on time.

In 1978 the Argentinian national team made it to the World Cup final where they would meet The Netherlands. At this point in time, Argentina was going through one of the most devastating periods of its history — and they have quite a history. Two years earlier, a group of army officers called La Junta Militar had initiated the most outrageous of South-American dictatorships. The country was in the hands of what can only be described as a bloody board of fascist directors. In this context, being in the world cup final against what is arguably one of the best teams in soccer history was a little slice of joy that the Argentinian people were eager to savor.

What was the class about? Berkeley of course.

That’s it, that’s the story. You might have to think about that one for a second. But let’s carry on and move to the foods, and the barbells and the mindsets.

Borges also happened to have written a poem that is fantastic and it is the excuse I have to talk to you about him today. The poem has the unassuming title: End of the year. And in it, all he does is to point at the fact that when we celebrate the end of the year we don’t really celebrate the pass of time. What we celebrate is the strange fact that despite all the time passed and all the change happened there is something inside us, there is something about us, that’s still is the same.

This idea has always stayed with me, especially now that my job is to coach my peeps. I find it fascinating that I work day in and day out for people to achieve change. I help my athletes change themselves in some specific way. And yet despite the fact that change is all we see in life and it is all my people want, change is one of the hardest things to achieve.

My hypothesis is that there is a biological function for this.

Our brains need a sense of self (Damasio’s Conscious Identity, for my nerds out there). The Buddhist dream of letting of the self is fundamental and yet it goes against our biologies. The cohesion that our identities entail is a necessary product of our biologies. And because of this when you try to create deep meaningful change to your identity/self you will find resistance.

Your whole body and self!

Have you ever found yourself in this situation: I know I want to exercise, I know it is good for me, I am awake, I slept all the hours, why don’t I just go? You could call yourself names and stuff, and say you are just being lazy, but that does not explain it, it just describes it in a different way.

Have you ever noticed that the things that you need to do in order to change yourself are the ones that make you feel the most discomfort? Yup, that’s how we are wired, it makes total sense. We need that sense of sameness to function and so our bodies have a mechanism to defend it.

Let me analyze the mechanism a little bit so that you can use it instead of letting it use you.

When we feel something, be it pain, sadness, arousal, or discomfort, what is really happening is that our body is sending a message of a bodily state to our conscious mind. Think of pain. Pain does not happen in the tissues that hurt. Pain is a signal that gets to your brain. Pain is a message to your conscious awareness from your body communicating that something is happening at the tissue level. The hard thing to internalize here is that the tissues are actually fine, and what hurts is the message in your consciousness. In other words, pain is a request for you to do something about it and not the tissue injured.

Discomfort is similar to pain. It is a sensation you feel when you are about to do or are doing something that produces a change in you. It represents the distance there is between who you are right now and who you will be. In my view, it represents the functional resistance of your body to change. The value of discomfort is that it protects the status quo of your self and your body just as much as pain is asking you to do something to return to the status quo.

You can identify discomfort’s physical nature. Next time you have to go through that difficult conversation with somebody you care about pay attention to how you feel about that conversation. Even before the conversation when you are thinking about having it, you will feel discomfort. If the conversation you mean to have is honest and you are truly looking for a dialogue, it will change you and your future in some particular and not fully predictable ways. As soon as you feel the discomfort of the conversation, your will try to avoid it so you will rationalize yourself out of it or you will distract yourself by doing something else (this is how social media gets most of its use I am sure). Even if you get to have the conversation, you might not participate in it by sticking to your views with all you have. The discomfort of trying to find the truth on what the other person is saying might be too much and you will see yourself createing the most sophisticated logical arguments to avoid it at all costs. You have been there, so have I, it is crey.

However, if you know this is a resistance mechanism you can subvert it. Instead of avoiding that discomfort by allowing yourself to be distracted, use it as confirmation that you are on the right path. When you are about to write that difficult email and you get distracted and say yes to another task that you know you shouldn’t say yes to, look for that discomfort. Truly feel it, lean into it, and then do your task. As soon as your start the discomfort will go away and on the other side, the reward of satisfaction will be waiting.

Now don’t get me wrong, I am not saying that all discomfort is a positive sign and that you should just look for discomfort. The way to use this feature of your humanness does require that at some level the change you are looking for is honest and the task at hand will take you there. Running naked on the street is probably uncomfortable AF, but most likely meaningless to you. So don’t do it. On the other hand, attacking that first step on the most challenging item of your to-do list is probably already creating discomfort in your head, and yet once you lean into it and feel it and then do it, you will be closer to your objectives.

If you were Borges at this point you would have realized that I just wrote three pages about a commonplace: that change happens outside your comfort zone. I am cool with that, originality is not what I am after. The goal is that now you have some better ways to think about that cliché and with that understanding, you can get closer to where you want to be. That’s the peanut of the thing and that’s super cool.

And to finish, here’s the poem:

No not really, here it is:

If you liked this post, you will love these… 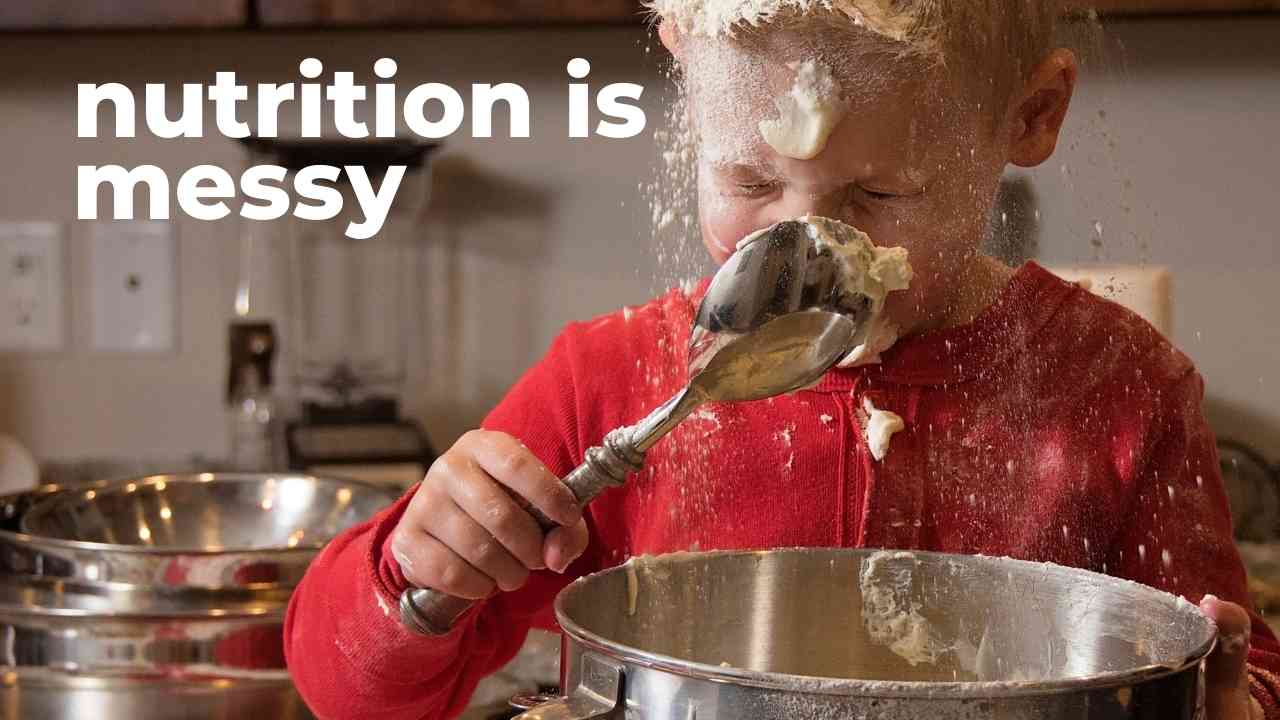 I want to bring a tiny bit of clarity to this messy mess called nutrition. Because the most common question I get is about what is a vegetable and what is not, today I’ll share with you an easy way t… 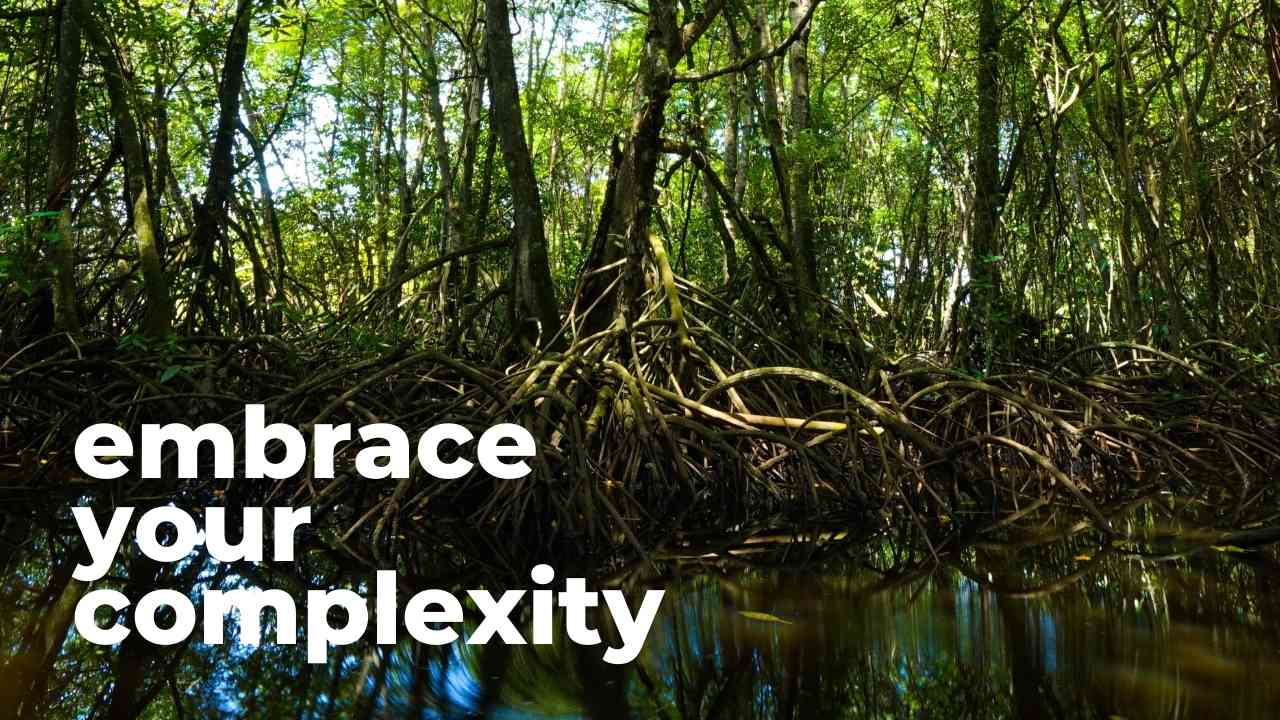 It is so easy to underestimate us, humans. It is easy to see the negative impacts we have had in this world as a sign of lack or that there is something intrinsic evil in us. It is easy to fall for th… 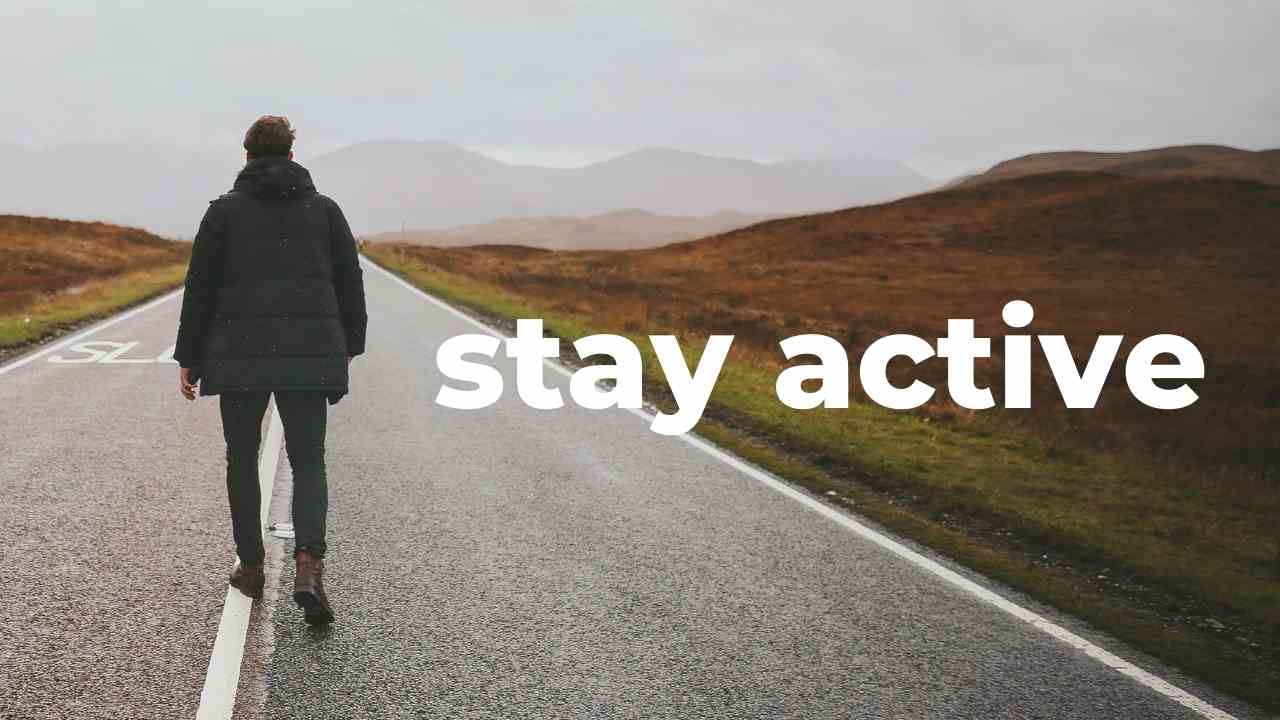 No matter what. I could drop the mic there and leave. But I will not. Get this. Your brain does not function as well when you are inactive. You are not as productive and your thinking is not as sharp.…

I want to bring a tiny bit of clarity to this messy mess called nutrition. Because the most common question I get is about what is a vegetable and what is not, today I’ll share with you an easy way t…

It is so easy to underestimate us, humans. It is easy to see the negative impacts we have had in this world as a sign of lack or that there is something intrinsic evil in us. It is easy to fall for th…

No matter what. I could drop the mic there and leave. But I will not. Get this. Your brain does not function as well when you are inactive. You are not as productive and your thinking is not as sharp.…

PhD.
Humanist, Destroyer of Negative Narratives, Constructor of Positive Change. I specialize in aligning the mindset, fitness, and nutrition habits of my clients. Superpower: awesome learner. Founder of SELFMASTERY.

Do you live in the hodgepodge?

Does your fitness, nutrition, and mindset plan look like a collection of hasty training templates, dubious nutritional guidelines, and cheesy Instagram motivational quotes? You live in the hodgepodge. If you love being excellent at everything you do, the jumble will not cut it. Join our newsletter to learn how to align all your lifestyle habits to become awesome at being you!

Check your email for our confirmation!